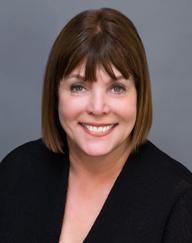 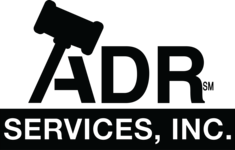 Judge Miller was the recipient of the following awards for academic excellence: the Aggeler Award “for superior scholarship and noteworthy achievement,”; the J. Rex Dibble Honor Award; the Loyola Law School Scholarship for Excellence in the Study of Law; the Loyola Law School Scholarship for Academic Achievement and Financial Need; a Bancroft-Whitney Award; an American Judicature Society Award; and four American Jurisprudence Book Awards. She was also a member of the Alpha Sigma Nu Honor Society and the St. Thomas More Law Honor Society.

Judge Miller joined the Downtown Los Angeles firm of Munger, Tolles & Olson as an Associate upon graduation from law school in 1979 and was made a partner after five years. She remained at the firm until she was appointed to the bench in 2000.

Judge Miller served as a Justice Pro Tem of the California Court of Appeal from 2013-2015 and for several months in 2009, hearing arguments and issuing opinions as a member of Division One of the 2nd Appellate District.

For many years, Judge Miller served as Special Counsel to the Los Angeles County Board of Supervisors assisting the Board by investigating and participating in the publication of semi-annual public reports concerning the Los Angeles County Sheriff’s Department. The work involved evaluation of whether the department had implemented reforms designed to achieve gender neutrality in promotions, job assignments, and work evaluations. This necessarily also involved review of practices that might discriminate against other groups. The work also included investigation of incidents of sexual harassment and how the department performed in addressing these incidents and their root causes.

Judge Miller also served as a Hearing Examiner for the Los Angeles Police Department, adjudicating police officer discipline and/or suspension matters and presiding at Police Department license revocation hearings. These hearings involved police misconduct including sexual harassment, improper use of force, utilization of the trappings of office for personal gain, and other claims.

Judge Miller has spoken and taught extensively at events for several organizations such as the Consumer Attorneys Association of Los Angeles, the Association of Business Trial Lawyers, the Loyola Law School Civil Justice Program, the Litigation Section of the State Bar of California, Continuing Education of the Bar, the Los Angeles County Bar Association, and many others.

She has published several scholarly and more colloquial articles, as well as being an author of the California Judges Benchbook series.